Ogier and new co-driver Vincent Landais clinched nine of the 18 stages in what proved to be an unusually dry WRC season opener to claim a comfortable win by 18.8s from world champions Kalle Rovanpera and Jonne Halttunen.

Competing in only a partial campaign, Ogier once again outlined his supreme knowledge of the twisty Monte Carlo roads, and was never headed throughout the four days of competition.

After winning the first five stages, Ogier established a relatively comfortable lead initially over Toyota team-mate Elfyn Evans, who appeared to be the only driver able to compete with the Frenchman.

Ogier’s streak of stage wins was completed despite losing hybrid boost for two stages on Friday morning, and after a late gearbox change due to a clutch issue.

Once Evans suffered a right rear puncture in Stage 5, Ogier was gifted a lead he would extend to 36.0s before Rovanpera found his rhythm and began to whittle the advantage down.

Rovanpera managed to score four stage stage wins across Friday and Saturday to slash the deficit to 16.0s heading into Sunday’s stages, but he was unable to halt Ogier and settled for second. The Finn did however snatch the full points on the final powerstage.

The victory means Ogier has now pulled one clear of nine-time world champion Sebastian Loeb in their private battle for most Monte Carlo wins. The triumph is the first WRC victory for co-driver Landais. 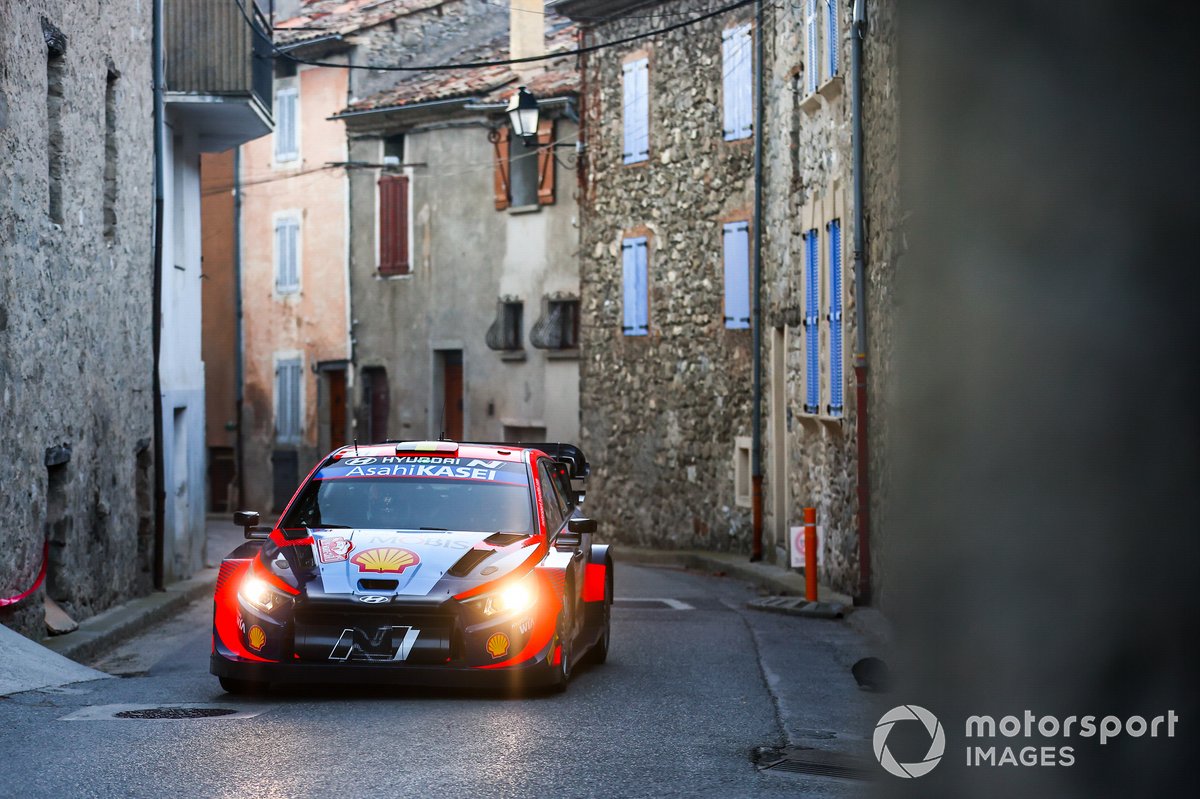 Hyundai’s Thierry Neuville claimed the final spot on the podium, 44.6s adrift of Ogier as the S