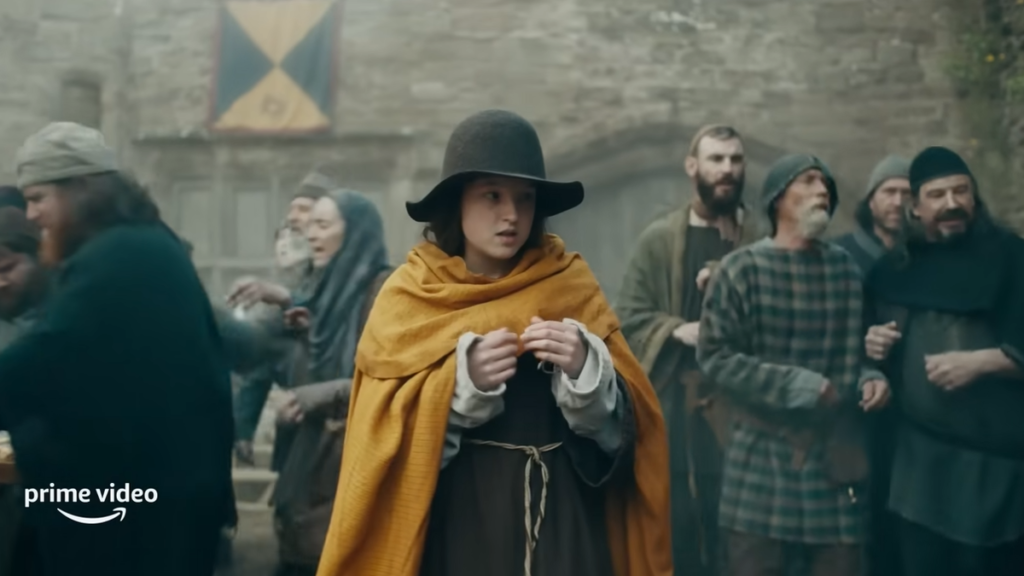 Lena Dunham is having a banner 2022, releasing two new films—her first self-penned, self-directed projects since Girls ended in 2017. The first out, Sharp Stick, is about a 26-year-old babysitter who loses her virginity to a married client. The other, dropping on Prime Video Oct. 7, is an adaptation of the beloved historical children’s novel Catherine Called Birdy. Wait, what?

It makes a little more sense after you’ve watched the trailer. No, Catherine Called Birdy is unlikely to include quite as much explicit nudity as the controversial creator is known to favor. But it does contain some of her favorite themes, following a feisty, headstrong young woman pushing back against a society that would seek to limit her destiny and shove her into a box (not literally, it’s not a sex thing). Personally, I think the mix of period setting and contemporary cheek looks like the second coming of Ever After, and I’m here for it.

On the opposite end of the adaptation spectrum comes The Peripheral (Oct. 21), a slick adaptation of the pre-/post-apocalyptic William Gibson sci-fi thriller of the same name. The trailer does a really good job of streamlining the premise, which took me several hundred brain-numbing pages to puzzle out—a group of gig workers in an economically ravaged near-future America become embroiled in a technological conspiracy involving time travel and alternate universes—but the involvement of Westworld creators Jonathan Nolan and Lisa Joy suggests it will still be a head-scratching trip.

Here’s everything else coming to Prime (and free-with-ads Freevee) this month, including the streaming debuts of Viking epic The Northman (Oct. 11) and stuffy British upperclass epic Downton Abbey: A New Era (Oct. 28). To save you the google, Bring It On, Ghost (Oct. 6) is a 2016 K-drama and not a weird left turn for the cheerleading movie franchise.

Your Guide to Year-end Tax Benefits on 2022 Equipment Purchases

Terrible September for Stocks…How About October?