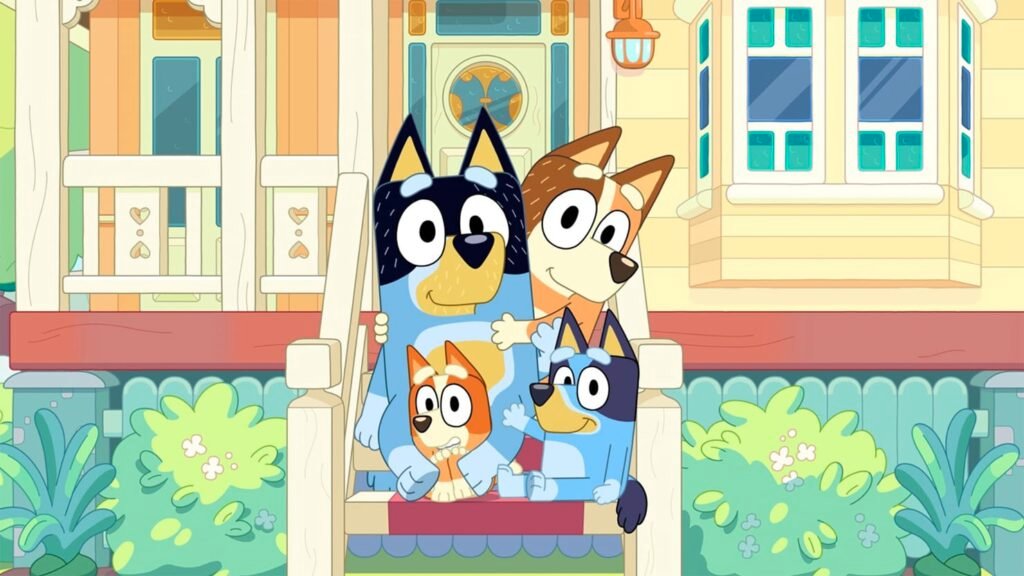 This is a preview of our pop culture newsletter The Daily Beast’s Obsessed, written by senior entertainment reporter Kevin Fallon. To receive the full newsletter in your inbox each week, sign up for it here.

Bluey Is So Good—Even for Grown, Single, Childless Adults

It is with no irony, sarcasm, or attempt at trolling that I say that Bluey is one of the greatest shows on television.

The Australian animated series is, yes, “for kids.” But that is a reductionist and exclusionary label, as it is one of the TV shows I enjoy watching the most and I am most certainly not a parent. (Well, I am a proud dad to my thriving fiddle-leaf fig tree. My therapist and I have talked about not selling myself short.) I will not be told that this series that brings me such immense pleasure is “not for me” because I “am not 4 years old.”

Bluey airs in the U.S. on Disney+, and the third season finally arrived this week. (Not that I was counting down…) It’s phenomenal in the way that it’s both, again, appropriate for and hilarious to the extremely young demographic, but boasts sophisticated and inventive writing befitting the best TV sitcoms. It’s not one of those shows that kids like, but at least there’s some stuff for the adults to laugh at that might go over younger people’s heads. With Bluey, we’re all laughing at the same jokes.

Bluey herself is a dog who lives in Australia with mum, dad, and little sister Bingo. Like a lot of kids’ shows, most episodes follow Bluey and Bingo as they attempt to make each day an adventure, and there’s usually a lesson to be learned at the end of it. But Bluey gives a 360-degree view of what that day entailed, showing the effort it took for mum and dad to pull off the activities, the fun, and the education. It’s an inspiring portrait of what “play” means to children, and how adults can be a vital part of it.

There’s an episode in which the whole family pretends every household object is almost too heavy to carry. Physical comedy gold. “Rain” is incredibly moving, revealing how great it is when a parent embraces their child’s sense of wonder. An episode set in a Big Box store where the family shops for a pizza oven is as uproarious as it is a powerful lesson about jealousy and responsibility. Don’t even talk to me about “Sleepytime.” I’ll get emotional.

The new season sees Bluey and Bingo wanting to make a Father’s Day breakfast for dad, messing everything up Lucy-at-the-conveyor-belt style, but it being OK anyway. “Bedroom” spotlights the difficulty of growing up and learning to be an individual w

News24.com | Schalk Louw | Tech stocks: Will this time be different?

Bloodbath Anticipated for the Crypto Markets ahead of FED Rate Hikes