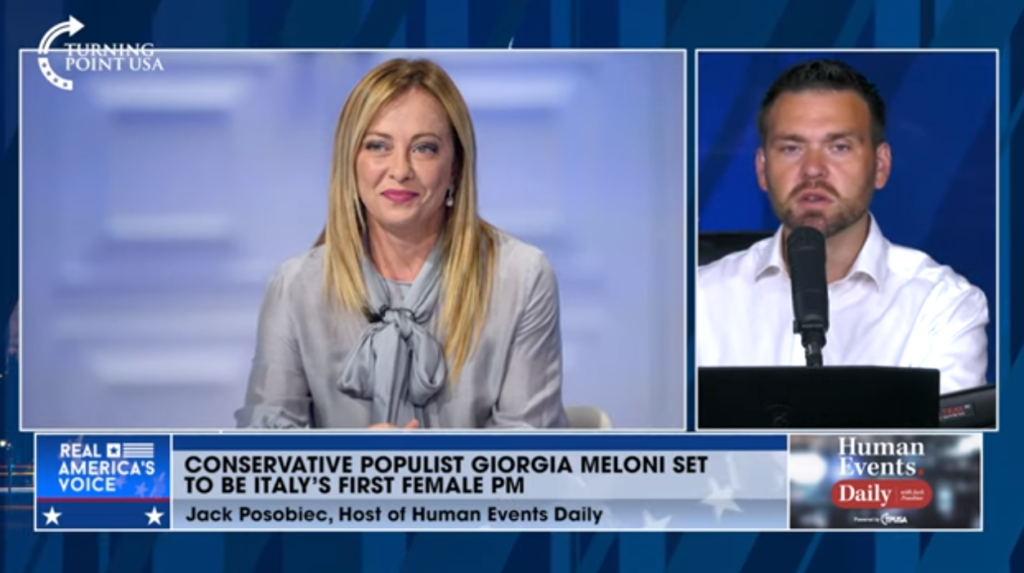 Human Events Daily host Jack Posobiec congratulated newly elected Italian Prime Minister Giorgia Meloni, whose staunch opposition to globalism and attacks on the family have put her in the crosshairs of leftists media who have smeared her as “far-right.”

“Congratulations to Giorgia Meloni, the prime minister-elect, in a sense, of Italy. The first time, breaking the glass ceiling! Hashtag I’m with her. Nevertheless, she persisted,” said Posobiec, mocking the 2016 Hillary Clinton presidential campaign.

“Giorgia Meloni coming in at the head of a pro-family, pro-God, pro-country platform in Italy. These ideas, the ideas of the conservative populist movement, and the ideas of the new right are sweeping the world. And you need to understand why, because she has identified very succinctly the agenda that is being pushed by the European Union, by Brussels, by Davos, by the World Economic Forum, the World Health Organization and so many others that is anti-family, anti-human, and anti-nation,” he said. Her pro-family agenda has earned her the title of the most “right-wing government in Italy since World War II,” BBC reports.

“The idea is, from their perspective, that they want you to not have families, and then when your birth rates plummet