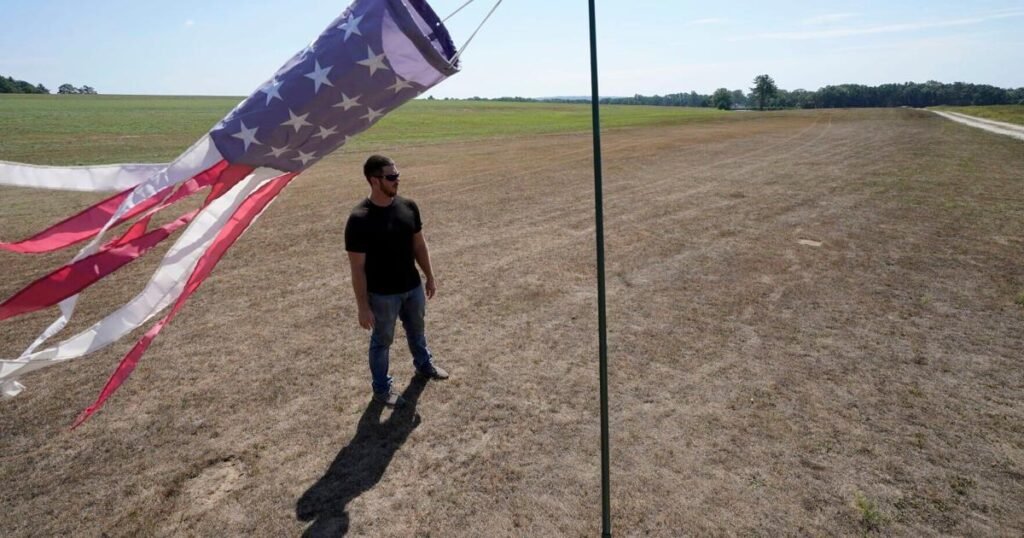 PROVIDENCE, R.I. (AP) — Vermont farmer Brian Kemp is used to seeing the pastures at Mountain Meadows Farm grow slower in the hot, late summer, but this year the grass is at a standstill.

That’s “very nerve-wracking” when you’re grazing 600 to 700 cattle, said Kemp, who manages an organic beef farm in Sudbury. He describes the weather lately as inconsistent and impactful, which he attributes to a changing climate.

“I don’t think there is any normal anymore,” Kemp said.

The impacts of climate change have been felt throughout the Northeastern U.S. with rising sea levels, heavy precipitation and storm surges causing flooding and coastal erosion. But this summer has brought another extreme: a severe drought that is making lawns crispy and has farmers begging for steady rain. The heavy, short rainfall brought by the occasional thunderstorm tends to run off, not soak into the ground.

Water supplies are low or dry, and many communities are restricting nonessential outdoor water use. Fire departments are combatting more brush fires and crops are growing poorly.

Providence, Rhode Island had less than half an inch of rainfall in the third driest July on record, and Boston had six-tenths of an inch in the fourth driest July on record, according to the National Weather Service office in Norton, Massachusetts. Rhode Island’s governor issued a statewide drought advisory Tuesday with recommendations to reduce water use. The north end of the Hoppin Hill Reservoir in Massachusetts is dry, forcing local water restrictions.

Officials in Maine said drought conditions really began there in 2020, with occasional improvements in