The county where I live, Yates County, New York, is more unusual and interesting than I gave it credit for at first. We are the third least-populous county in the State, but the largest wine-growing county in the United States outside of California, with more vineyards than any other New York county. Although landlocked, the county has a large amount of shoreline—no resource seems to be able to tell me how many miles exactly—on three lakes, Keuka, Canandaigua, and Seneca. 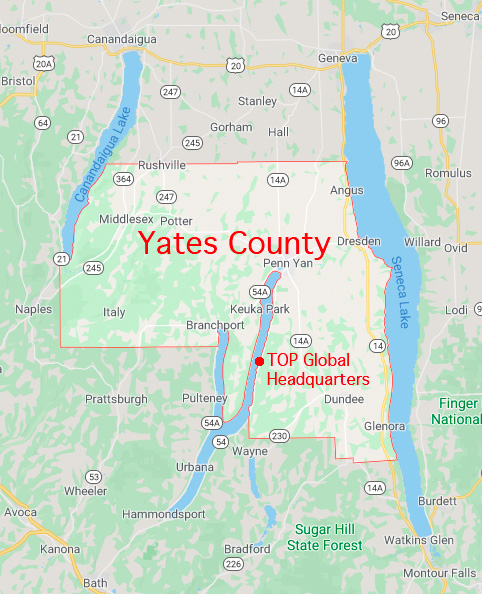 How many waterfalls do we have? You know I have one in my backyard. Like the islands of the Philippines, which are hard to count because some of them appear and disappear with the tides and the seasons*, many of our waterfalls come and go, materializing after heavy rains and disappearing in dry times. So the county has uncountable waterfalls.

I originally thought little Mennonite kids were shy, but it’s more likely they didn’t understand me—they don’t begin to learn English until they’re around five, I’ve been told. Tidy and thriving Mennonite farms dot the county, and their horse-drawn buggies and bicycles (in any sort of weather), are a common sight on the roads. There are two telltales of an Amish or Mennonite farmstead: washing out on the line to dry, or no cars to be seen.

I’d love to do a project on the Mennonites, but they don’t like having their pictures taken. I’m more concerned with being respectful of people’s wishes than I am about getting pictures. I’m sure if it were a certain photojournalist I know, I’d make a forthright appeal to the ruling body of elders, talk a good case, and in no time flat come away with blanket permission to photograph everybody in the congregation, and then in another month be friendly with 20 families