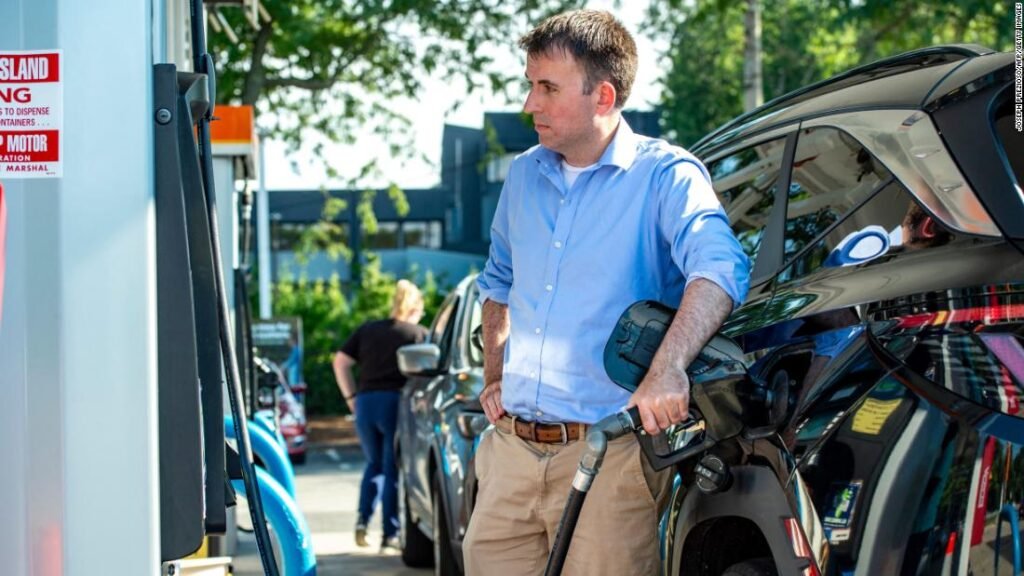 London (CNN Business)Drivers in the United States can breathe a small sigh of relief — average gas prices have dropped below $4 a gallon for the first time since March.

The national average price for regular gasoline fell to $3.99 a gallon on Thursday, according to AAA.

Gas prices hit a record high of $5.02 in June as drivers filled their tanks for the summer travel season. They were also pushed higher by soaring global oil prices as the West turned its back on Russian crude in the wake of Moscow’s invasion of Ukraine.

But prices at the pump have since tumbled 21% as drivers have pared back spending and fears of a recession threatened to crimp demand. Despite the drop, they remain 25% higher than this time last year.

“The market was panicked at the start of the summer. Inventories were extremely tight,” said Patrick De Haan, head of petroleum analysis at GasBuddy. “But the market got overcooked. It was overbought.”

De Haan said the national average could keep falling for the next five to 10 days before stalling out in the $3.70s or $3.80s. However, he noted that oil prices have started to bounc

Share. Facebook Email Telegram WhatsApp
Previous ArticleKHN’s ‘What the Health?’: A Big Week for Biden
Next Article A Lament for the Monasteries

Will Bitcoin and Ethereum Price Maintain The Bullish Trend In Coming Week?