Instead of endangering people, as the lawmakers suggested in a Dec. 14 letter that accuses Catholic Charities USA of “aiding and abetting illegal immigrants,” the humanitarian work “is mandated by the gospel” and saves lives by caring for “vulnerable people on the move,” a statement issued by the organization declared.

Anthony Granado, vice president of government relations for Catholic Charities USA, found the lawmakers’ claim insulting, saying it “threatens the core ministry of the church.” The urgency of the organization’s response was necessary because, Granado said, the work of Catholic Charities “has traditionally been met with a great level of respect by Republicans and Democrats alike.”

“We have not seen such a level of direct … attack against Catholic Charities USA,” Granado told Religion News Service. “We will continue to do this work. We will not apologize for it. The gospel compels us to do so. If that’s unpopular with certain members of Congress, so be it.”

RELATED: As policies shift, Protestants and other faith groups join Catholics in helping immigrants at the border

Organizations advocating for immigrant rights along the U.S.-Mexico border, many of which are faith-based groups and churches providing shelter, say they will not be intimidated by lawmakers who are requesting investigations into nongovernmental organizations accused of “facilitating the movement of illegal immigrants across our border.”

The same day Catholic Charities received the letter — which was signed by U.S. Reps. Lance Gooden of Texas, Tom Tiffany of Wisconsin, Jake Ellzey of Texas and Andy Biggs of Arizona — Texas Gov. Greg Abbott asked the state attorney general to investigate NGOs that he says have assisted with illegal border crossings near El Paso. 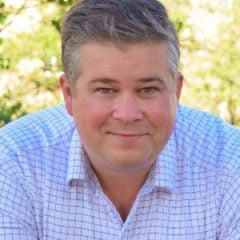 The scrutiny comes as border towns have been preparing for an onslaught of new arrivals with pandemic-era immigration restrictions expected to expire sometime soon. The public health rule, known as Title 42, was supposed to end Wednesday (Dec. 21), but U.S. Supreme Court Chief Justice John Roberts ordered a temporary hold.