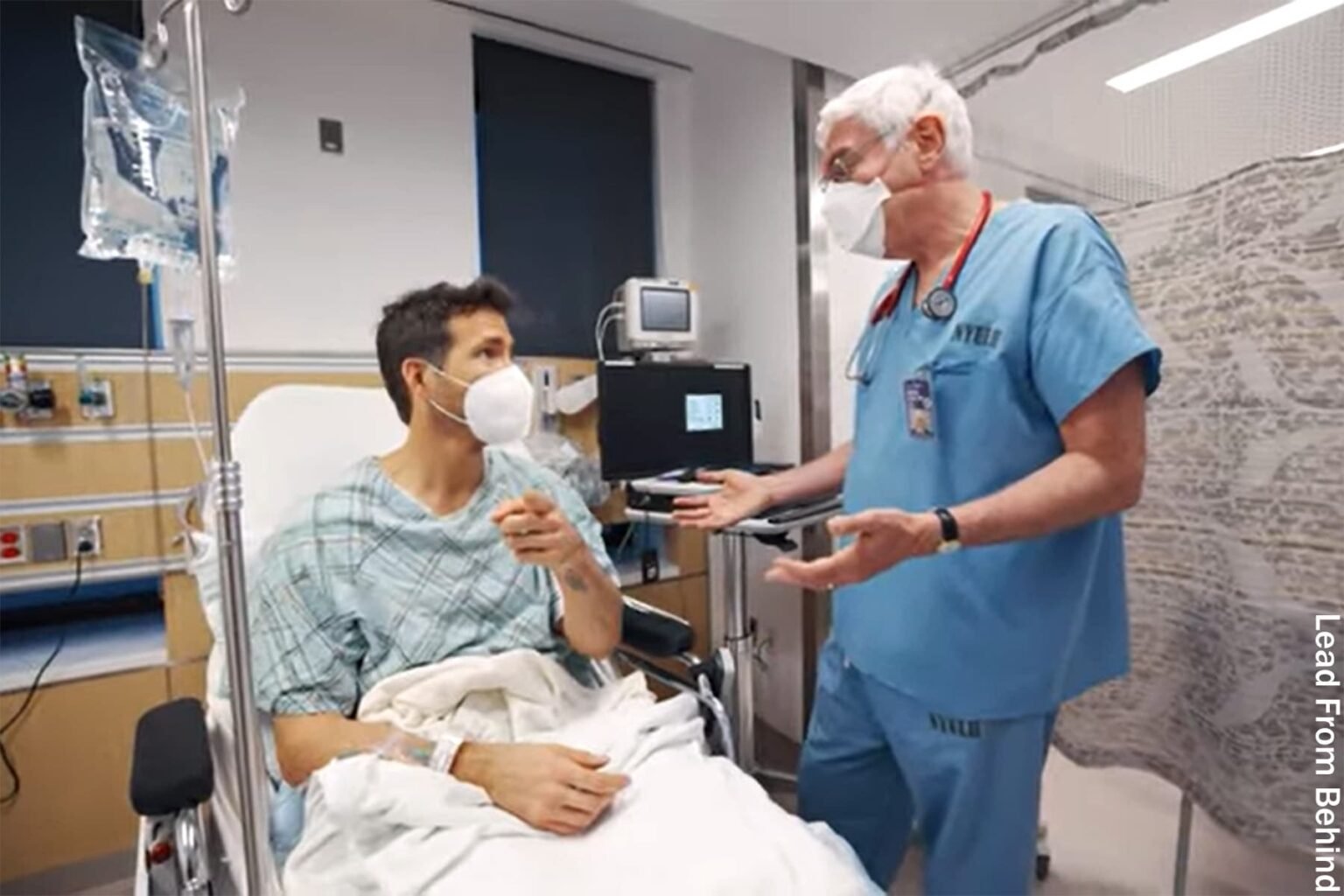 Sept. 14, 2022 — Actors Ryan Reynolds and Rob McElhenney are taking on different roles: starring in a new campaign to raise awareness about the importance of screening for colon cancer.

Using some humor to highlight a very serious topic, the two Hollywood stars filmed their own colonoscopies. Importantly, both Reynolds and McElhenney are 45 years old, the new age at which many leading medical organizations now recommend men with average risk get a first colonoscopy.

During the filming of the Lead From Behind campaign, Reynolds found out doctors identified and removed a polyp, or precancerous lesion, that could have developed into something more serious over time. McElhenny’s doctor found three polyps and removed them as well. The findings underscore the importance of screening men at average risk for colorectal cancer, including younger men.

Gastroenterologists are applauding Reynolds and McElhenney for using their celebrity to show how colonoscopy can be both easy and lifesaving.

“I thought Ryan and Rob did a fantastic job,” says David A. Johnson, MD, professor of medicine and chief of gastroenterology at Eastern Virginia Medical School in Norfolk, VA, who has worked on national colon cancer guidelines for the last 20 years.

An important take-home message is that colonoscopy “is really the best test for screening because both of them had polyps,” Johnson says. The premise of screening is to detect any potential issues before they cause cancer, he says.

Rajesh N. Keswani, MD, agrees about the importance of the campaign. “Overall, the message was incredibly effective. Everyone involved from the celebrities to the clinicians did a great job ensur