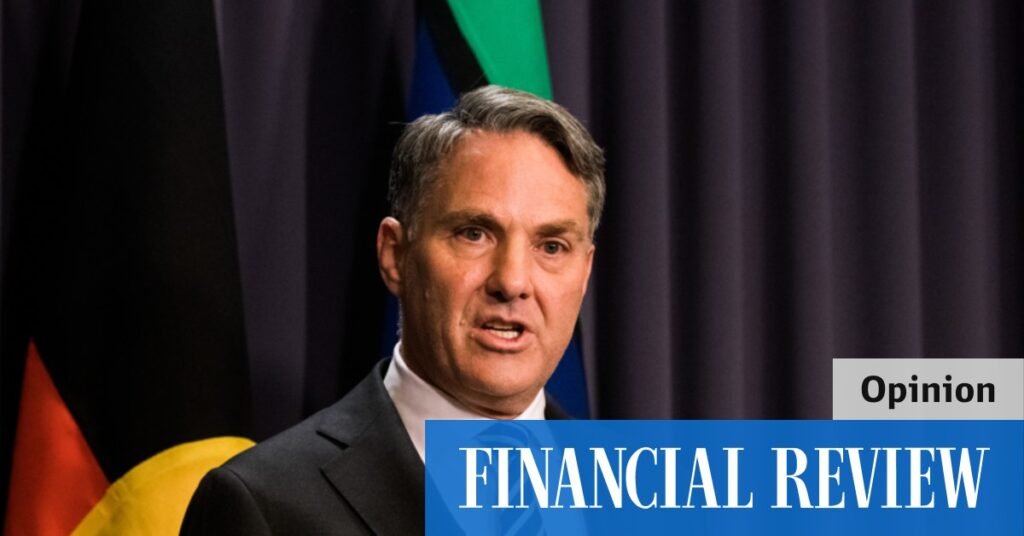 They were all there – former senior bureaucrats, think-tankers and academics – advising about Australia’s military “posture.”

Paradoxically, a foretaste of how this regional dynamic could emerge was taking place at the same time just down the road.

China’s ambassador to Australia, Xiao Qian, was extrapolating during a National Press Club address on how China would re-educate the 23 million Taiwanese people if China’s People’s Liberation Army invaded and occupied the island.

There was “no room for compromise” on China’s claim on the renegade democracy, Xiao said. Last week’s visit to Taiwan by US House of Representatives Speaker Nancy Pelosi upset the status quo, he claimed, and not China’s effective five-day blockading of the island, including launching ballistic missiles over Taiwan and into Japan’s exclusive economic zone.

New York News A review and a report

The Marles-hosted discussion took place days after the government announced a review of Australia’s defence positioning, to be led by former defence minister Steven Smith and former Armed Forces Chief Angus Houston. The latter described the current security environment as the worst he’s ever seen.

Soon after the Smith-Houston inquiry reports – due by March 2023 – another Big Bertha defence report – also effectively about how Australia should handle a more powerful China – will thud on Marles’ desk.

Formally, it will advise on which nuclear submarines – American or British – Australia should purchase, and partly build, as part of the AUKUS (Australia, UK, US) agreement.

Echoing the Houston view, grave prognostications were exchanged during addresses by members of the group of 25 at the Marles-chaired meeting. But it turned out to be a sort of strategic policy speed-dating exercise, with each participant limited to just a few minutes of speaking.

According to one participant, who spoke on condition of anonymity, “it’s hard to take the process seriously” when discussion was so brief and the ongoing force posture inquiry is so broad.

The latter covers capacity requirements, force disposition, support resources and national infrastructure, and will report within six months. Meanwhile, “strategic circumstances are more challenging than they have been in generations,” the participant said.

The Smith-Houston probe “must be clear about strategic objectives and address the fundamental question” – triggered by China’s show of force around Taiwan – of whether “Australia is prepared to go to war with China” over Taiwan, “and what is the regional order we are going to sustain” as power shifts from the US to China, the participant said.

Australia is grappling with conflicting narratives: a rising China and waning US; or a China throwing its weight around to obscure increasing domestic problems, and a US back on the front foot on issues ranging from tackling climate change to dealing with China.

The Albanese government will rely far more than its predecessor on established, institution-based advice.

The new head of a clearly revitalised Department of Foreign Affairs and Trade, Jan Adams, is a former Australian ambassador to China and Japan, and is a well-known figure to members of the Albanese government.

Adams has a background in negotiating free trade agreements and first worked with Foreign Minister Penny Wong when she was minister for climate change in the Rudd Labor government and Adams was Australia’s ambassador for climate change.

She oversaw the establishment of the six-nation Asia-Pacific Partnership on Clean Development and Climate, a voluntary public-private partnership including the US, China, India, Japan, South Korea and Australia.

Meanwhile, Kathy Klugman, a DFAT deputy secretary and daughter of one-time Labor MP Dick Klugman, has been seconded to the Prime Minister’s Office as a foreign affairs specialist, and is described by one insider as “a perfectly plausible person”.

At the same time, Scott Dewar, a former adviser to Labor prime minister Kevin Rudd, is now a deputy secretary in the Prime Minister’s department overseeing foreign policy issues. For the past eight years, he served in the Defence Department in various senior roles, most recently as the director of the Australian Geospatial-Intelligence Organisation.

Before that, he was acting chief of staff to the former Coalition government’s defence minister, Linda Reynolds. One of the best linguists in government, Dewar is fluent in Mandarin, Japanese and Korean.

Another key figure is Justin Hayhurst, a DFAT deputy secretary in charge of its Geostrategic Group. Hayhurst led the drafting of Australia’s 2017 Foreign Policy White Paper.

Dewar and Hayhurst were on the