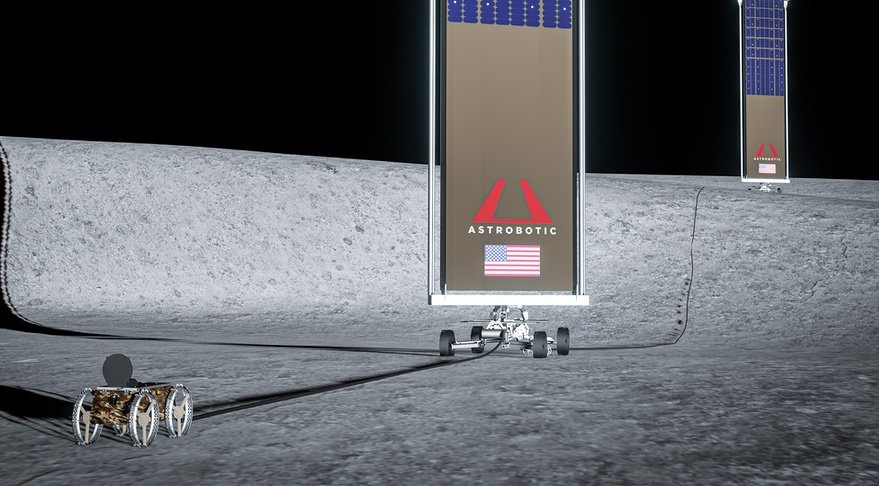 PARIS — Astrobotic unveiled plans Sept. 19 to develop a commercial power service for the moon that the company argues is essential for creating long-term infrastructure on the lunar surface.

At the International Astronautical Congress here, Astrobotic announced its LunaGrid project, which will combine solar arrays the company is developing with tethered rovers that will deliver uninterrupted power to customers on the lunar surface.

Such a power system, said John Thornton, chief executive of Astrobotic, is essential for systems that can survive for extended periods on the moon. “What we need is long-term infrastructure that can be there and last multiple years,” he said in an interview. “We see this as the grid for the surface of the moon, principally at the poles.”

The power would be generated by Vertical Solar Array Technology (VSAT) arrays, solar arrays that are deployed vertically and are optimized for operations at the lunar poles, where the sun is always low on the horizon. Astrobotic won a $6.2 million award from NASA Aug. 23 to develop and test prototypes of that sol